Our Magic With Friendship 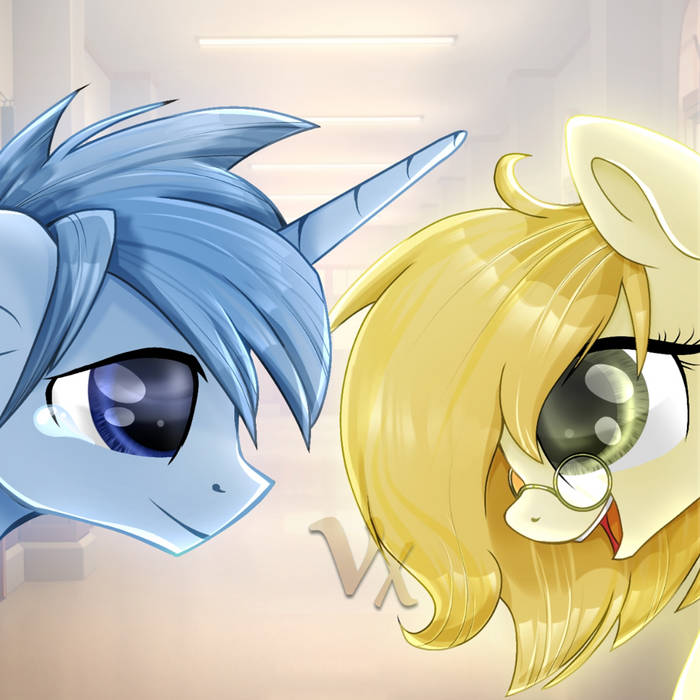 Say farewell to My Little Pony: Friendship is Magic, yet shall never say with a sad tone because friendship is going to be magically forever.


My Little Pony may be something childish that sounds not worth to watch for older generations, but it has special meaning to Voltex Pixel. It switched him to become active in social and gave a boost of feeling passion for music production beyond what he is doing (app dev), which is when he started to fall in love (not sexually) with those ponies.

The perspective of viewing the franchise may vary depending on how each person thinks, but what he believes is that there will be no himself like the present that exists without the franchise and other bronies/pegasisters.

- Voltex Pixel as a brony (voltexpixel.com)


September 23th, 2019: Renamed the track name to avoid the confusion between the show and the track with the remastered mix being less muddy!

Track Name: Our Magic With Friendship (Feat. Camille "Cellochicita" Miner)
All we got something


All we got something
That's very special

All we got something
Can't be erased yeah

Cause I know friendship is something magical

Those who will
Keep you in their heart

What they say
Worth more than you know


Those who will
Keep you in their heart

What they say
Worth more than you know


Who will (Those who will)
Keep you in their heart

Bandcamp Daily  your guide to the world of Bandcamp

Guests include Kassa Overall and Muriel Grossman, plus an LP of the week by Van Hunt.